Robert is a teenage boy who lives with his Grandmother. He loves all things Disney. Robert’s dad was a fisherman so it was important to stick with the ocean theme, in memory of his father. Robert has a very tiny room and requires a lot of medical equipment, so there was a lot of brainstorming with the design team and the family to figure out how to optimize the room and the space we had to work with.

Here are some before pictures of Robert’s bedroom : 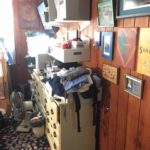 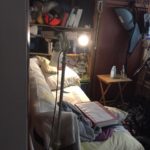 The team from nCino was led by Drew Heath and they got to work quick! They came in and brought the room to life by allowing the caregivers to have a work space and a comfortable area to sit with Robert. They got a massive, 50 inch smart TV to make it easier for Robert to see the colors and the pictures since he has sight challenges. The custom built nursing station really allowed the room to have more organization and storage. With hanging shelf units, the nurses are now able to access medical supplies easier and quicker without having to walk all around the room. They re-positioned the bed to allow there to be access of care for Robert for two people, instead of just one person when the bed was up against the wall.

Robert and his family and caregivers were so pleased with how the room turned out. The hard floors make it so much easier for them to push Robert’s wheelchair into the room and around the room. Being able to have two people provide care at the same time made everyone’s lives much easier! Robert has been enjoying his new, big TV so much. He just laughs and laughs all the time when he is watching his favorite Disney movies!

Here are some after pictures of Robert’s NEW Bedroom: 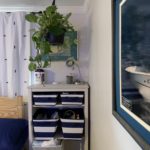 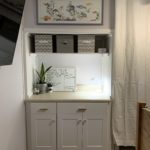 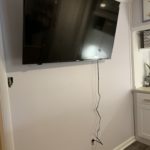 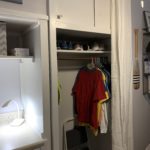 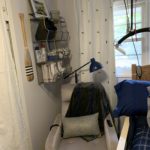 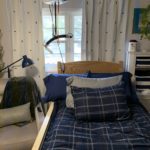 A huge thanks to nCino for their hard work and dedication to getting this project done in such a short timeline and to DCOTA Construction for freshening up the walls for us and being such an easy group to work with. This project was sponsored by nCino.